The internetz strikes back! Another reason why May is my favourite month of the year, it’s a good day for internet geeks (including myself) to taking advantage of the Star Wars pun.

I’ve always seen Star War fans show their love (and Force) in the memes and images on the Fourth in the last couple of years and it’s always made me laugh, so here’s a chance for me to jump on the Star Wars bandwagon and post one that I put together myself 🙂

A short introduction, or something thereabouts, anyway. Hopefully they won’t read this and take it too seriously and cry into their books. And of course, I did little doodles of them, all of which are cute but very inaccurate, and which will probably offend at least one of them, but seeing as I’m the youngest and I’m allowed to be a brat, it’s all good.

Going in age order, of course, as we have been prone to do since childhood (just as Little Women had four sisters full of quirks, I’m pretty sure we correspond in a similar way.)

The Eldest: Happy Muslim Mama
She’s been a mum for more than ten years, but she’ll always be the book-worm, smarty pants and loves her dark red lipstick. She doesn’t really look much like this picture, but it does remind me of an old photo of her with massive sunglasses on with a big grin. I’d post the photo as well, but then she’d have to kill me.

The Middle: Long-Suffering-Sister
Just to note, I didn’t  name her that. But it kinda stuck anyways. This picture looks NOTHING like her (she hasn’t had a bob cut since she was about 5, and even then it looked like a mop on her head). For some reason I though this doodle suited  her because she seems like one of those under-cover femme-fatale type. You know the type, by day a mousey librarian, by night a deadly ninja-fightin’ assassin. Did I tell you I watch too many films, by the way?

The other middle one: Fashionishta
Probly the most opposite to me in tastes/looks/personality/hair styles, but also the closest in age. This doodle apparently looks like Lily Savage (thanks, you know who you are!) but I kinda like it cos it’s funky and reminds me of a kind of fashion designer Edith Head (aka Edna from the Incredibles). She’ll disagree, of course, but don’t mind her.

And lastly, there’s me (aka Kooky Little Sister), but you can just call me Harlequin. The picture doesn’t really look like me (it’s more like how you might think you really look like), but to be honest, I just half-drew a random face then tried to finish it quickly and gave myself wonky eyes by accident. Oops. I remember the same problem when I had to do self-portraits in Art lessons at school, I tried to make my eyes look bigger but looked a bit Manga-fied instead. It was not pretty. 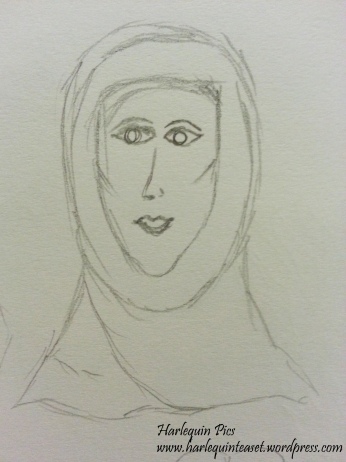 And that’s all of us girls! We also have one brother too, but I don’t know how to draw boys because I haven’t got to that stage of the YouTube tutorial yet. Okay, I joke, I just couldn’t be bothered. Come visit us again soon!

Don’t worry ladies, I’m not being sexist, the female version’ll be coming up soon. Thought I’d do something different this week and ask you what you think – who do you think is the ultimate superhero?

…like a washing can. I jazzed this one up for y’all with Instagram to make it more arty-farty too, I actually like this effect really! Although, this is really just a doodle I did while at work making my sympathetic noises on the phone.

Maybe next time the Genie will end up in a kettle? Genies in kitchen appliances, now there’s a series.

…especially when you’re a teenager with er…questionable dress sense.

Here’s a doodle I found in my room from the treasure of delights of old school books and homework diaries. I still kinda like it, mainly because it reminds me of some weird, angry character that looks like it belongs to the cartoon Doug – anyone remember that?

Every now and then, things can go missing in the big world of Work. I’m pretty sure I’ve found the truth behing these long-unsolved mysteries.
Now to lay out the mouse traps…

(Note to self: perhaps it’s not a good idea to click ‘Reply All’ to an email query about some missing files at work. A doodled leprechaun just doesn’t go down well for some reason, some people are just born without the humour gene, eh?)

Here’s a little word-play comic I did a while ago for a little giggle. Didn’t take me long, but I think it needs a catchier slogan. Can you think of anything catchier? The phrase has to begin with ‘Hey Hun…’, and I’ll make the best ones into similar pictures! On your marks…get set…GO.

We don’t need no bread, we eat with warrior iron spoons and a large appetite. Hur. 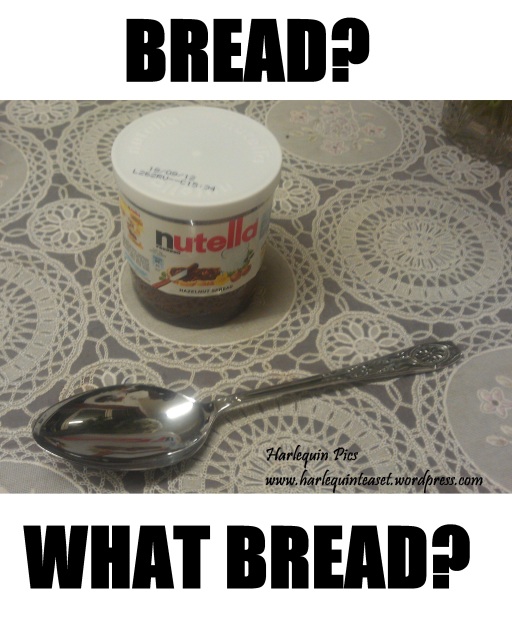 …it’s amazing what ironic mysteries of life doodling can throw up : )

Another drawing created with my PaintJoy App, still getting the hang of it! Forgive the scruffiness of it all, (please remember this whole thing has been created with my forefinger!) I hope to get it tidied up for future comic strips.