Our brothers and sisters are there with us from the dawn of our personal stories to the inevitable dusk. ~Susan Scarf Merrell

And The Mountains Echoed, much like Khalid Hosseini’s earlier novels The Kite Runner and A Thousand Splendid Sun begins, and draws its roots from Afghanistan and its tumultuous history, following on from the upheaval of the country in the 70s to emigration to America. Unlike his other two novels, however,  there is also a layering of characters from other cultures – Markos, a Greek surgeon, photographer and philanthropist, Nila, a part-French, part-Afghan artist who embodies the glamorous, detached Parisienne lifestyle, and Iqbal and his family, who have come home from emigration to Pakistan to find his family are unable to claim their home, or even Amra, a Bosnian nurse caring for the wounded in war-torn Kabul.

Although there is plenty of diversity in this story, at the heart of it all is the focus on the two primary characters, Abdullah and Pari, siblings whose close bond is ripped apart when they are separated at childhood, sold by a desperate father. So begins a ripple which resounds over the next 60 years, in which each sibling feeling incomplete without the other, affecting their families and friends around them.

There are several themes throughout the novel, which reverberate through each generation of siblings, lovers and friends – each of them having their own forms of abandonment and reconciliation, and each of them finding the true meaning of love and relationships over the years.

Normally a large number characters in a novel may overwhelm the story, but in this case, each character contributes, reinforcing a theme which subtly leads back to Abdullah and Pari. Each sibling carrying their own sense of incompleteness and abandonment; Abdullah growing up in Afghanistan and having his own family, emigrating to America in an attempt to find stability, and Pari, taken to France by her adoptive Mother, learning French culture and never understanding her identity and what is missing.

While this story is a little depressing in it’s telling, it’s beautifully written – there are parts of it which read like an old story being told, and indeed each character does tell his tale in order to contribute to this strange myth-like story.

If you’re looking for something full of culture, history and beauty, this has plenty of all three, and gives more besides. While it does show the characters and their yearning – to be elsewhere, to be with family or to be simply accepted – the characters are beautifully rendered, invoking a feeling of amity and the idea that you can step forward, and be a part of their lives.

I love this series of photographs-slash-art, by German photographer Jeannette Woitzik, who has cleverly weaved together magic, photography, fairy tales and even romance in her pictures. There’s something dreamy and magical about her pictures, but I also like the fact that her images also point to the darker side of both fairy tales and of society. There’s a theme of balloons, romance and the ‘fairyness’ or ‘Otherness’ in a lot of her pictures, which really appeal to me because of how much they hint at without actually showing anything – leaving a lot to the imagination.

You can see more pictures on her blog and her website, which has some seriously beautiful images – I’d definitely recommend a browse, particularly because I’m fascinated by how some of these photographs have been edited to look like oil paintings. 🙂 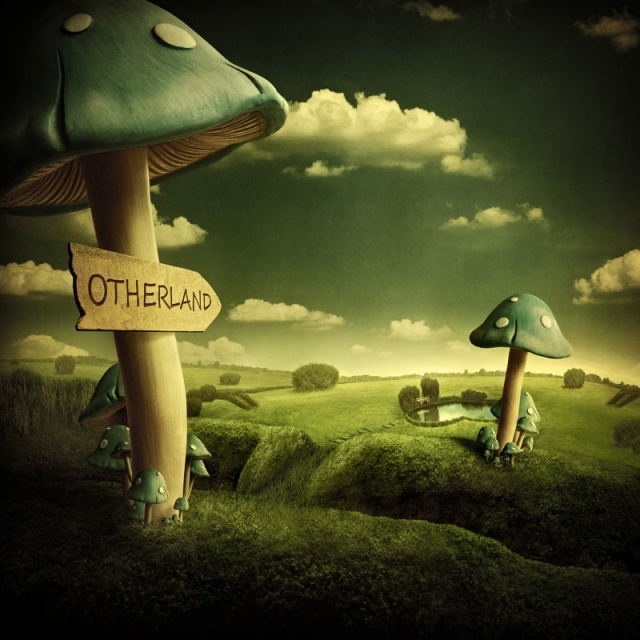