10 reasons why this blogger isn’t Batman. Or why I’m not either, for that matter.

This is so cute, Malcolm MacDowell and James Earl Jones in an advert talking about the totes magotes hottie mchotterson Ryan. There’s a few more which are cute too (like this one!)

Instagram through history – I love the Abe Lincoln selfie.

13 amazing Christmas decorations (gotta love the Star Trek one with Darth Vader in front of a manger).

I love this – after the ‘Happily Ever After’ bits of the Disney films – sang by a talented Jon Cozart in the style of Disney songs – but be warned, it’s a bit depressing (you might also want to switch the subtitles on to understand all of it!)

10 of the weirdest books of all time. Self explantory really.

The funniest things on the net in 2013 – according to the Huffington Post (some of this stuff is amazing though!)

I attended the MCM London Comic Con today, which was great fun, not least because of the amazing, detailed costumes worn by a lot of the fans. I’ll be posting properly about the Comic Con in a couple of days, but in the meantime here is one of my favourite photographs that I took at the Comic Con.

I’m not sure if it’s because of the awkward posing of the Stormtroopers, the fact that the backdrop of the Royal Docks behind make an almost anachronistic setting (it’s not the Death Star, is it!) or even the fact that I wanted to (and almost did!) dress up as Darth Vader (the hijabi version) for the Comic Con that makes this picture memorable for me – but I do think these were one of the many highlights of the day : )

Like a lot of other people, I carry around a lot of junk in my handbag, half which I hardly use and which should have been thrown out ages ago (I don’t mean half-rotting food though! Mostly receipts and old papers). So this is a peep at the sort of things my handbag normally houses, laid out stylishly so you can see my creams, keys, and purse in full glory. 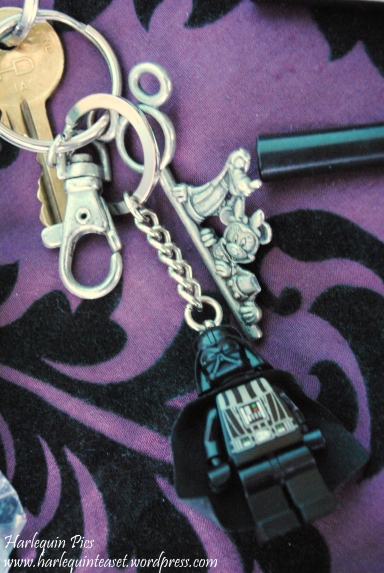 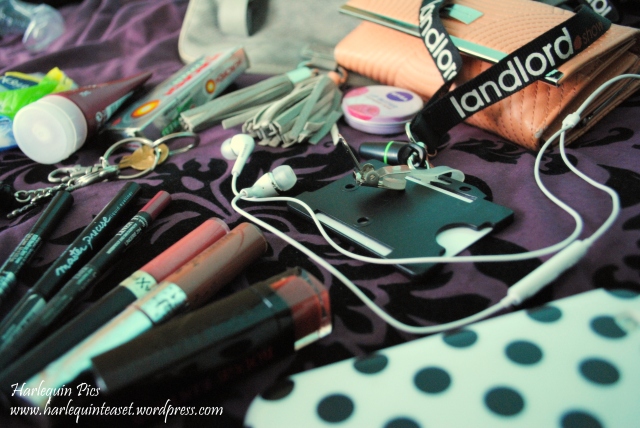 I’m not really playing any games at the moment (I do like to play computer games every now and then, or just mobile phone ones), and I’m partial to my board games, but I haven’t really been playing anything recently.

So I thought I would just show a picture of what I would LIKE to be playing, since it’s been years. I used to play chess more often when I was younger (we bought a glass set for my eldest sister years ago because we all played it so much) – I have no idea whether we were playing by the right rules, and we probably cheated a little, but it was still fun.

Oh, and in case you have tuned in recently and weren’t aware of my Lego obsession, I’ve been having a bit of fun with these as well. Here’s a picture of some Lego, seeing as it’s been a while. These are some Star Wars-themed Lego key rings I bought a while ago, the Darth Vader one is the one I carry around at the moment (and has been nibbled on quite a few times by my niece now), and the Darth Maul one I gave to a friend. There’s something very cool about them both, even though they’re only about three inch high, they’re still mean and proud. 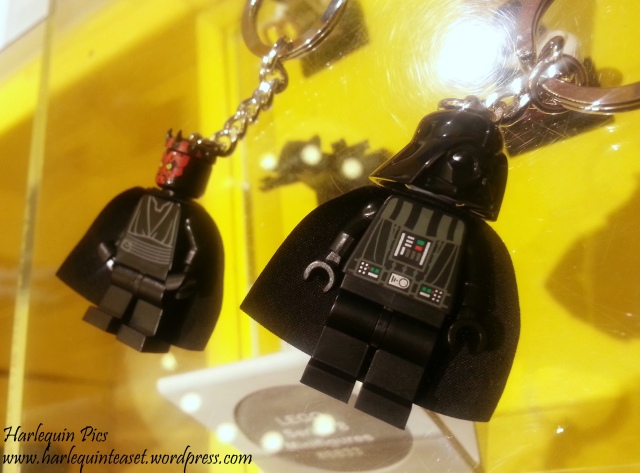