Bergen, Norway is one of those places which seems to have everything – beautiful architecture, the sea, mountains, forests and plenty of history. We landed (after a quick 1.5 hour flight!) in Bergen and took a bus to the city centre, where there was plenty of hustle and bustle, among colourful houses, a beautiful harbour and plenty of street art everywhere.

Below are just a few memorable places in the city, we had a few days to explore and pretty much did everything on my itinery (and more!), and loved how colourful everything look.

Bryggen
‘Bryggen’ litterally means ‘wharf’ in Norwegian, and is one of the most iconic places in Bergen – a row of colourful houses along the harbour where plenty of boats and ships dock. Most of these buildings along here are museums and shops, but they are a great place to sit and relax, and look amazing at night. I didn’t manage to get a decent picture of the lights in Bryggen at night because the first few nights we stayed they weren’t switched on (and it poured with rain all night) and the next few nights we didn’t go out late enough – sunsets were around 10.30pm and it wasn’t properly dark until after 11pm!

You can walk around inside the harbour as well – there’s plenty of old buildings and staircases to explore, with shops, restaurants and museums hidden away. We had great fun exploring these, it was nice to see such old buildings still being maintained – Bergen itself is nearly a millenium in age, and the buildings have been there for about four centuries and more.

And there’s also a wishing well to look out for, although this is mainly gated off (probably a good thing too, I remember the well in my grandparent’s house in Pakistan having to be barricaded off after a few people fell in the dark without looking where they were going!)

The Town Square
The town square is a busy meeting place, often filled with market stalls, stops for buses and coaches and surrounded by colourful buildings and restaurants. While staying here we often came to this point to get to other parts of the city, meeting plenty of other tourists, as well as stopping for lunch, dinner or a quick cup of coffee (the Starbucks is in a huge Gothic-style building). This is also at the foot of one mountain (there’s seven mountains in the city altogether) as well at the edge of the high street, which felt like a fun mix of history versus modern, old city and the new.

For some reason, birds love standing on statues 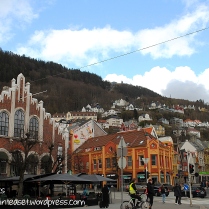 Left is the Starbucks

Fishmarket
Pretty much self-explanatory, this was a market to buy fresh fish and also get it cooked to eat if you wished to sit down and enjoy a meal. Bergen being a fishing-town, there’s a big demand for fish and a big range of sea-food, as well as tanks of live lobsters, crabs and fish to boggle at! 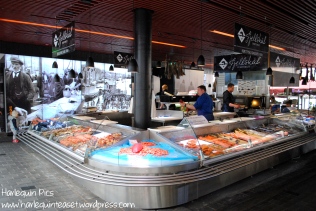 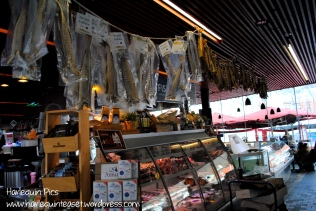 St Marys Church
I was pretty keen to visit this place, as it is Bergen’s oldest building. We didn’t get a chance to catch a service inside as we arrived too late, but I was amazed at how well-maintained this building is for a building which was built around 1130s. Of course it has been renovated a few times since then, but it’s still a very striking looking building which looks very impressive. 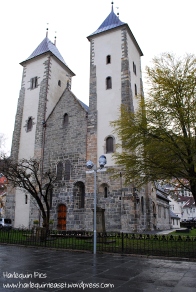 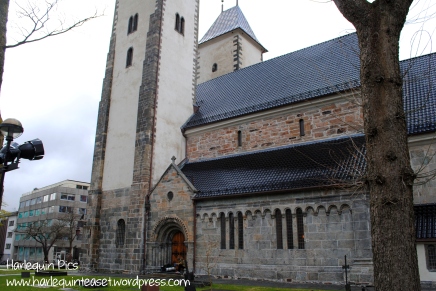 Things to look out for
There’s a lot to see in this city, and a lot of it can be found simply by wandering around Bergen and exploring. I loved this pavilion below, situated opposite an old government building which both looked very striking. We also saw plenty of beautiful flower shops which made me want to buy some to take home (I didn’t because they’d probably be shrivelled by the time I got on our plane!) and also quirky junk shops which were worth exploring. I also loved the fact that from wherever you stand you can see the beautiful houses on the hill, the huge mountains and plenty of art and decor everywhere. 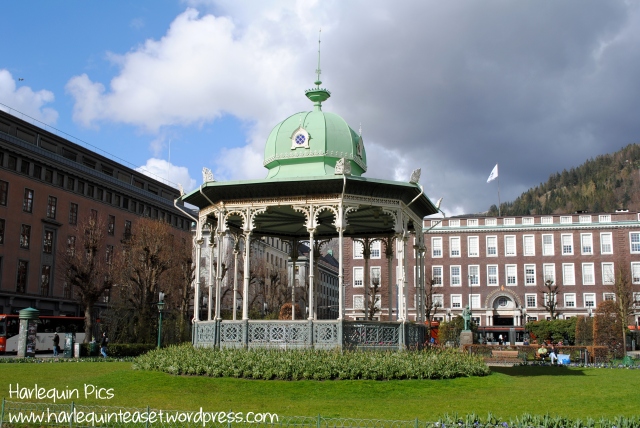 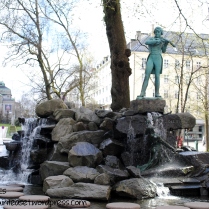 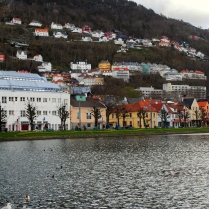 There’s so many memorable things about this country (apart from the gorgeous colourful houses!) – one things which really struck me was how fresh and clean the air felt – you don’t appreciate it until you get away from a smog-polluted city like London, away from congestion and busy skyscrapers and go to a beautiful place like Bergen. There’s an abundance of greenery, the water feels unbelievably clean, and there’s beauty in almost building, from beautiful arches and doors to the street art lining the street.

More to come, but one of my favourite lines from my husband about this holiday was “the WiFi here is amazing!” – and it really is! 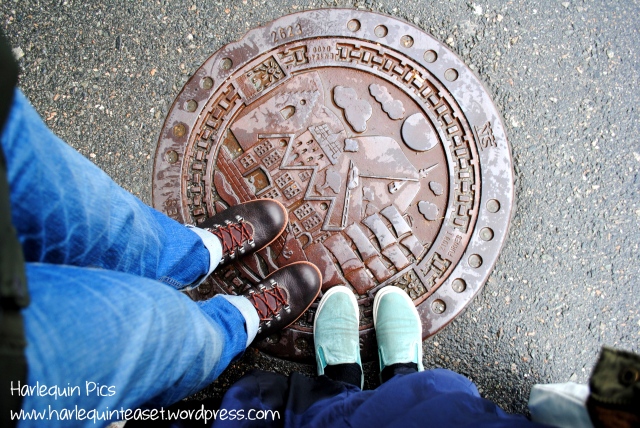