I saw this recently while wandering around in London, and was ecstatic to find this floral-printed rickshaw (especially as I had heard about these and was keeping an eye out for these). There’s several customised by various well-known designers carefully placed in spots around London (or have been, for the last two months, I’m not sure they’re still there!)

The rickshaws were designers and put forward by the Travels to My Elephant campaign, which works to save and preserve elephants, their habitats and generate awareness. You may remember the Faberge Eggs display a few years ago by the same organisation, this year they opted for lots of colourful elephant statues placed all over London, as well as these rickshaws.

Naturally after taking some pictures I took the chance to sit inside and make my husband pretend to drive the rickshaw like an old Indian Noir film (he refused to pretend to drive or pose, so I just did it by myself).

Did you see any of these around London? 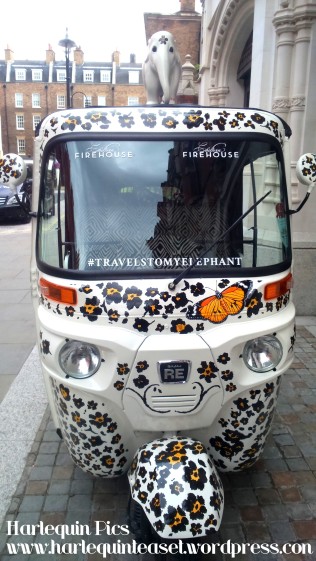 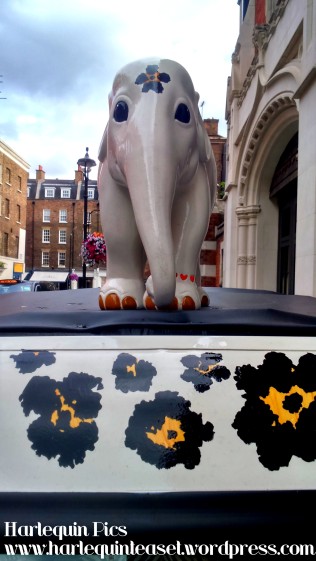