After the eventful Day 4, we decided to relax for a few days – it was the weekend and it was also time to make the most of time off work and catch up on sleep! We decided to stay in the local area for the weekend and explore local sights (as well as relax and make the most of the sunbeds!) and saw a lot of things we wouldn’t have noticed if we hadn’t looked around. As with the last few days, the day was a beautiful sunny one, and the breeze from the sea meant that we didn’t feel too scorched from the sun.

We decided to spend some time in the local beach for lunch, before we wandered around the town – I love the fact that there a lot of relics and artwork around the town, admittedly a lot of it for the purpose of tourism, but all adding a flavour to the town which was lovely. 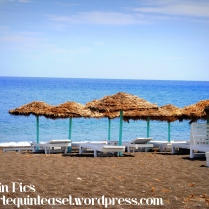 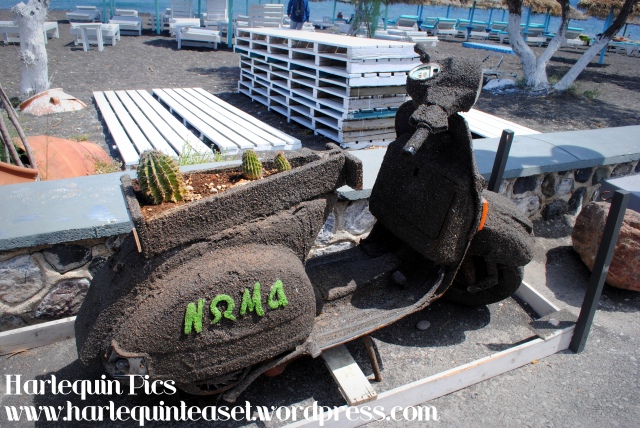 Hubby and I were excited to find and Indian and Thai place, as we wanted to find out if they served halal food. The restaurant we found was called Visanto, on the beach strip along the seafront, and served a variety of dishes to satisfy our Asian tastebuds. Unfortunately, none of these dishes had halal meat, so we had to stick to vegetarian dishes (and chips!) 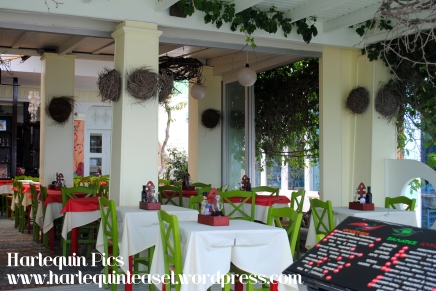 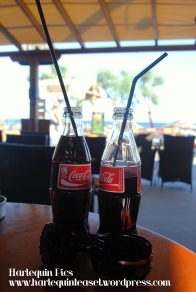 After lunch we took the opportunity to look at the local sights, which was around the main are of the the beach, and also some roads leading off from there. The St Irini Church was our first stop, the church being named after the Saint Irene (which is what the island Santorini’s name also refers to) –   a beautiful big building of white and blue which was tucked away toward the mountains. 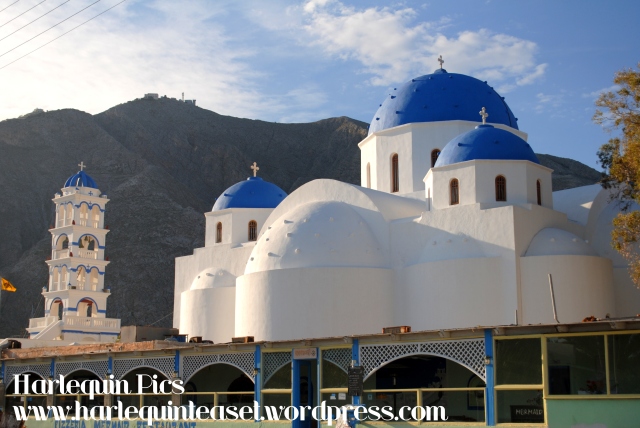 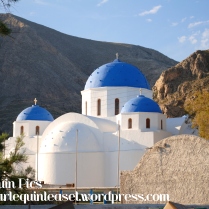 We then wandered around the local shops and then decided to stop for gelato at a local ice-cream parlour, which ad some beautifully shaped seating chairs and benches, and some seriously yummy-sounding flavours of ice cream (although we just opted for traditional vanilla with chocolate!) 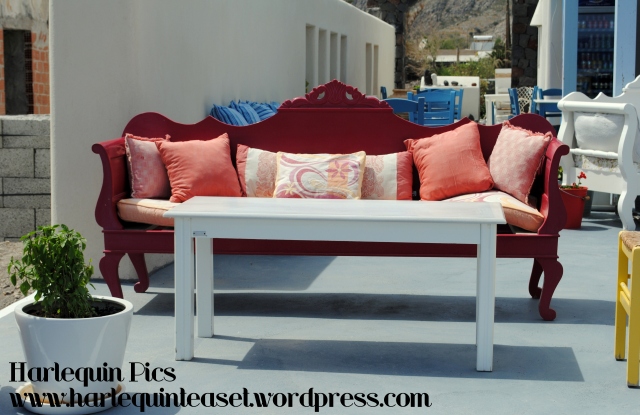 We then decided to around in the the area towards the green, foresty areas, which had some private houses and closed-hotels dotted around, and lots of winding paths leading us around the area. We also managed to speak to some locals – one businessman, for example, told us he was originally from Athens, and when enquiring where we were from, told us there were a lot of Pakistanis who had settled in Athens when he was growing up, which was really interesting to hear! 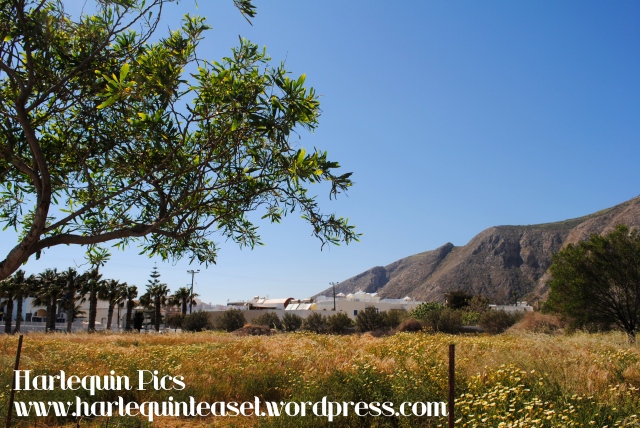 It was a really nice relaxing weekend, where we met and spoke to a lot of locals, caught up on sleep (in the hotels and the sunbeds!) and ate at a few restaurants. It also felt a little slower-paced, where we took the opportunity to meander around the town and explore, and also have a lazy weekend! 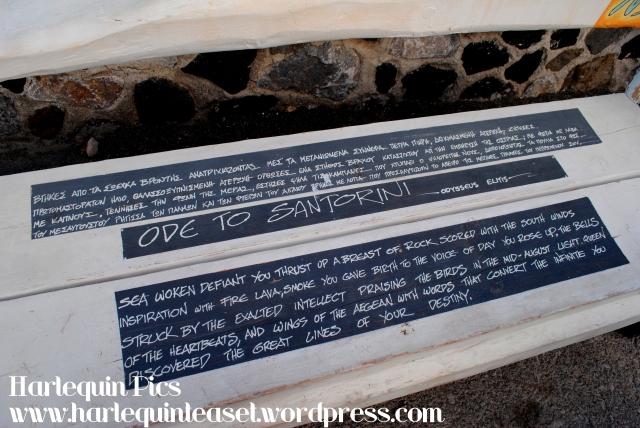